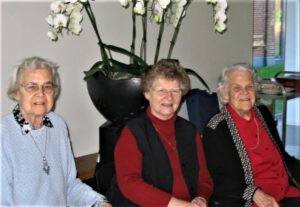 Lien Doi was founded in 1980, so it has been around for over forty years! The founders from the early days of the foundation, Bets Ahsmann, Ria Ahsmann and Jos Zengerink are no longer alive, but Lien Doi is continued by people who have often been involved in the organisation and the fundraising for our projects for a long time. 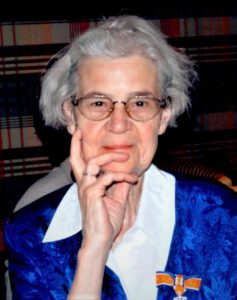 One of the founders of our Foundation, Bets Ahsmann, worked in Vietnam for many years as a teacher. In 1975, to her regret, Bets had to rush back to the Netherlands because political upheavals made her further stay impossible. In the years that followed, she kept in touch with the people she knew in Vietnam and became involved in receiving Vietnamese refugees in the Netherlands, for whom she acted as interpreter and whom she supported in their legal proceedings and integration into Dutch society. She was touched by the stories of poverty and insecurity, especially of the ethnic minorities in Vietnam, and in 1980, together with her sister Ria and friend Jos, she decided to set up the Lien Doi (‘solidarity’) Foundation. Her enthusiasm and great knowledge laid the foundation for a resolute organisation, which we are still building on today.